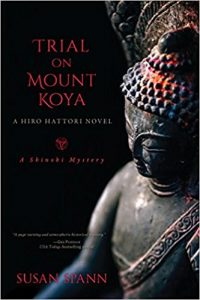 TRIAL ON MOUNT KOYA (SeventhStreetBooks) by Susan Spann is described as “East meets West, spies dine with monks, and mind grapples with heart in a sixteenth-century locked-room mystery on a snowy mountain.”

November, 1565: Master ninja Hiro Hattori and Portuguese Jesuit Father Mateo travel to a Buddhist temple at the summit of Mount Koya, carrying a secret message for an Iga spy posing as a priest on the sacred mountain. When a snowstorm strikes the peak, a killer begins murdering the temple’s priests and posing them as Buddhist judges of the afterlife–the Kings of Hell. Hiro and Father Mateo must unravel the mystery before the remaining priests–including Father Mateo–become unwilling members of the killer’s grisly council of the dead.

TRIAL ON MOUNT KOYA has the feel of an old-school Agatha Christie novel set in medieval Japan. Readers looking for a mystery set in an exotic location with historical references will find it here.

We asked Susan a few questions and she was gracious to take some time and answer them.

I understand this is book 6 of 6 in the “Shinobi Mystery Series.” How and why do you think this series has sustained?

I think the success of a mystery series almost always goes to the credit of the characters—generally (though not always) the protagonists—and the complexity of the puzzles those characters solve. As a reader, I love to “ride along” with detectives I find interesting, funny, and engaging, and I try to write my detectives, master ninja Hiro Hattori and Portuguese Jesuit Father Mateo, in a way that makes them fun to be around.

I also like complex mysteries that keep me guessing all the way to the end, and I try to make my own books, and the puzzles within them, better and more interesting with each new installment. I hope readers will agree!

A Ninja and a Jesuit is an interesting combination. Explain the intersection of religion and mysticism in your novels. In your life.

In many ways, Hiro and Father Mateo represent two different sides of my own personality—sides that don’t always see eye to eye, any more than Hiro and Father Mateo do. On the one hand, I’m a pragmatic problem-solver who’s willing to do what it takes (short of murder!) to get a job done and to protect the people I care about. On the other, I consider faith an important part of my life, and I try to treat others not only the way I would like to be treated but to lift others up and help them whenever I can.

In some ways, I think that’s part of the reason I love writing novels. When I was a child, and bullied by my peers, I retreated into the world of books. There, I could be anyone I wanted to be, save the day with the hero, and forget that the world outside the story wasn’t everything I wanted it to be. While I wish for a world in which no one had to retreat into books to forget their problems, I hope that my books can help people forget their troubles from time to time, if only for a little while.

What is your interest in the East? Japan? Ninjas?

I’ve loved Japan, and Japanese history, ever since seeing the SHOGUN miniseries starring Richard Chamberlain (back in 1980). The next day, I went to the library, checked out the book (by James Clavell) that inspired the miniseries, and I’ve been hooked ever since.

I adore spending time in Japan, especially hiking in the mountains and exploring the many historical sites. The culture, the food, and the people are fantastic too. Best of all, I get to include many pieces of the history and culture (and descriptions of that fantastic food) in my novels, and share it with readers, too.

You practice martial arts. Tell us about it.

While I haven’t been able to practice as regularly as I’d like for a couple of years, I have a deep respect for, and interest in, many different forms of martial arts, from archery to horsemanship, swordsmanship, and hand-to-hand combat arts like Judo and Tae Kwon Do. Although I don’t practice any form of ninjutsu (the arts of the ninja) I have spent a lot of time studying the different weapons and spy techniques the shinobi (ninjas) and their female counterparts, the kunoichi, used during the 16th century in Japan, and I like including some of the more unusual ones in my novels.

One reason I decided to write a mystery series featuring a ninja (and a Jesuit priest) was to silently dispel the myth of the campy “men in black pajamas” and portray a shinobi who was closer to the way a real ninja would have been—a trained assassin, but also a master of disguise, espionage, and sharp-witted commentary on the society to which he belonged, but which kept him on its fringe.

Father Mateo breaks through some of the stereotypical barriers, too—although his faith is central to his life and his worldview, he strives (as I do, and as I think many people do) to listen to other points of view and to respect all people, even those with whom he disagrees.

That, and I’ve discovered that a mix of one part ninja, one part priest, and one part murder, shaken well, creates a fantastic story. 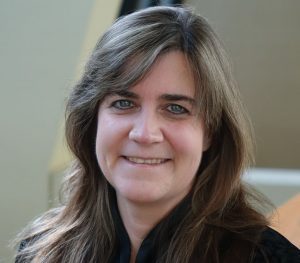 Susan Spann is the 2015 Rocky Mountain Fiction Writers’ Writer of the Year and the author of five previous novels in the Hiro Hattori / Shinobi Mystery series: Claws of the Cat, Blade of the Samurai, Flask of the Drunken Master, The Ninja’s Daughter, and Betrayal at Iga. She has a degree in Asian Studies from Tufts University and a lifelong love of Japanese history and culture. When not writing, she enjoys hiking, photography, and traveling in Japan.

We are lucky to have one copy of the book to giveaway. Just tell us what you know about Japanese culture. We’ll announce a winner soon. Good luck.