Much the way Virginia Woolf presented “Stepford Wives” as women who did what they were told to do without any questions in “Angel in the House,” Cathi Hanauer described modern “bitches” in 2002, in her anthology of essays, THE BITCH IN THE HOUSE (William Morrow) as women having had just about enough of doing it all.

Now more than a decade later, Hanauer is back with another generation of women, nine of the originals, along with sixteen new voices, sharing fresh thoughts on love, sex, money, work, family, body image, health, aging, all of the important issues in our lives.

I remember when THE BITCH IN THE HOUSE was first published. The title captured everyone’s attention sending us out to bookstores. It brought many women together creating lively conversation and discussion, which I loved. Reading the new essays by well-known journalists and novelists in THE BITCH IS BACK (William Morrow) is equally provocative.

Today women seem less bitter and resentful and more confident and content. The writers reveal how their lives have changed, whether they’ve stayed together, left marriages, had affairs; developed cancer or other physical challenges; coped with partners cheating, dying or remaining faithful; became full-time money earners or homemakers; had an open marriage; remained childless or became parents; or experienced other life transitions.

As a “new wave” of feminists begins to take center stage, this timely collection focuses on both past and present, offering understanding and wisdom for modern women’s lives, all the while looking forward toward the possibilities of tomorrow. 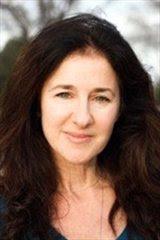 Cathi Hanauer is the author of three novels— MY SISTER’S BONES, SWEET RUIN and GONE. She is the editor of the New York Times bestselling essay collection THE BITCH IN THE HOUSE. A former columnist for Glamour, Mademoiselle, and Seventeen, she has written for The New York Times, Elle, Self, Real Simple, and other magazines. She lives in Northampton, Massachusetts, with her husband, New York Times “Modern Love” editor Daniel Jones, and their daughter and son.

Thanks to TLC Book Tours  www.tlcbooktours.com  and William Morrow Publishing, we have one copy of THE BITCH IS BACK to giveaway. Tell us what you love most about being a woman. We’ll announce a winner Monday, October 10th.

Good luck and have a wonderful week.