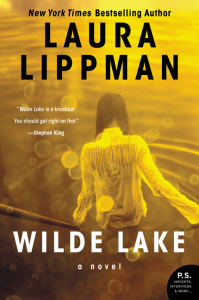 “How we treat our dead is central to our humanity.” WILDE LAKE

Lu finds herself, front and center, prosecuting a controversial case involving a disturbed African-American, drifter accused of beating a woman to death. The newly widowed, mother of twins is determined to avoid the traps that have befallen other highly competitive, successful women in her position. She’s fixated on winning and winning big, and then pursuing her political ambitions. Of course, the successful reputation of her father, who happens to be the previous state’s attorney representing that district looms overhead.

While preparing for the trial, Lu finds herself being bogged down by the painful memories of a similar crime. Her brother AJ saved his best friend at the cost of another’s life. AJ was only eighteen at the time, and cleared by a grand jury, but was justice done? Lu was only a child then, but  something doesn’t sit right. As she looks into the past, Lu discovers the truth is messy and sometimes you really don’t want to know it. But if you do end up learning the truth, you just may wish you hadn’t.

WILDE LAKE weaves the 60s, 70’s and 80’s into present day. With WILDE LAKE, Laura Lippman, regarded as one of the most prolific writers of literary crime fiction is once again on top of her game. I was aware of her work and reputation, but hadn’t read her previous novels. I plan on reading her entire backlist. 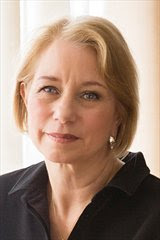 Since Laura Lippman’s debut, she has won multiple awards and critical acclaim for provocative, timely crime novels set in her beloved hometown of Baltimore. Laura has been nominated for more than 50 awards for crime fiction and won almost 20, including the Edgar. Her books have been translated into over twenty languages. Now a perennial New York Times bestselling author, she lives in Baltimore and New Orleans with her family.

Thanks to TLC Book Tours   http://www.tlcbooktours.com  and William Morrow paperbacks, we have one copy of WILDE LAKE to giveaway. Just tell us which of Laura Lippman’s novels is your favorite? Perhaps you’re like me and this will end up being your first and favorite. We’ll announce a winner Monday.